On the Novemberv 29, MARTA Centre organized conference “Support net for women – victims of violence. Cross-institutional Cooperation Model in Latvia” were Gundega Tentere presented the results of project “Working with Healthcare Organizations to Support Elderly Female Victims of Abuse”. Part of the presentation were recommendations specifically designed for Latvia’s situation that are summarized here:

Most often, elderly women do not talk about violence, and worldwide statistics show that 80% of women do not report their experiences to anyone.

During the project Working with Healthcare Organizations to Support Elderly Female Victims of Abuse” the resource center MARTA called on doctors to take part in a round table discussion at P. Stradiņš’ medical college, during which the invited doctors emphasized the importance of reporting information, so that elderly people recognize abusive behavior towards them, and to encourage people to be open about the experiences they’ve suffered.

Doctors from different regions in Latvia were in agreement that violence against women is equally widespread throughout Latvia. Women in rural areas, as well as cities are afraid to speak up about the abuse they’ve experienced and are reluctant to talk about it even to their family doctors or caretakers. In cases where women were unable to hide the consequences of their abuse, they demanded that no one report them to the police. Women ask for medical help, but if their doctors want to notify the police, they threaten them with suicide or say that they won’t call emergency medical services anymore.

The staff working for emergency medical services recognize that the situation is especially difficult in women's shelters, where the majority of women are elderly. The doctors that social workers call to these shelters have insufficient information about how women end up there. There are various reasons - traumatic events on the street or at home, women often go to a shelter because they’ve been driven out of their households.

Observations by home care specialists indicate that elderly women are the most likely to suffer from emotional, economic and sexual abuse. Specialists emphasize that economic and emotional abuse is especially widespread today, when the retirement pensions of elderly women are taken away from them by their sons and, more recently, their grandsons, and physical violence is present in about a half of these cases. These cases are reported by medical personnel, not the women themselves, because they view such events as ‘their fate’, instead of abuse, and are unaware of their rights. Doctors mention criminal cases where women have suffered movement or speech impairments, but refuse further legal process, because they feel dependent on their husbands. Doctors have noticed that men wait for women outside the doctor's office, pay for their medical services and leave with them.

Family doctors in rural areas are convinced that the abuse is directly connected to the economic difficulties that people suffer, which prevent people from aging with dignity and meeting their everyday needs. Currently, a widespread family model has developed where it is difficult to intervene, even if it is known that a son beats his mother. Doctors cannot interfere in a family by offering their help, and women refuse help, out of fear they might experience abuse again. Elderly women also refuse to speak about abuse they’ve suffered in their youth. Women are very afraid to speak out and tell the truth about abuse.

A focus group interviewing elderly women revealed that women experiencing abuse choose not to report it to the police or their municipality, but instead seek medical help after severe physical abuse.

The resource center MARTA has developed services for victims, and a methodology for working with institutions so that the perspective of the victim permeates the assistance work; the center also does preventive work with young people in order to prevent the possibility of abuse in relationships, and is creating a methodology on how to work with people from different age groups, taking the specifics of each group, especially elderly women, into account. The resource center MARTA prides itself in giving support to victims in cases where state support does not exist or is limited, and the fact that it has simultaneously fought for 18 years to create a legal framework where the defense of victims and the prosecution of perpetrators is possible. Although the state has provided support to adult victims of violence since 2015, it should be acknowledged that in practice this amounts to a semi-funded service that includes counseling with a psychologist and the services with a lawyer, instead of all the services that are necessary in such cases, and they are provided only if the women are willing to give their personal data to the appropriate municipality social service whose responsibility it is to administrate the service.

In cases where the victim is granted temporary protection, the police is often not effective enough to prevent the abuser from approaching the victim, so the abusers often keep going after these women as there is no anonymous asylum available for elderly women.

The ratification of the Istanbul convention

It is recommended to ratify the Istanbul convention, which is based on the experience and practical observations of experts from all member states of the Council of Europe regarding actions contributing to the reduction and prevention of violence against women and domestic violence. The results indicate that a systemic approach is necessary, and it has been structured and comprehensively incorporated into the convention, giving the member states a clear plan of action for achieving actual results in the prevention and reduction of violence. A refusal to support the bill on the ratification of the convention would point to a clear political stance, which is reluctant towards the defense of victims and the prosecution of perpetrators, and is trying to avoid the responsibilities arising from the provisions of the convention, which are intended to reduce violence against women and domestic violence.

A functional way of funding a crisis intervention service

Currently, the state-funded rehabilitation program does not provide funding for crisis intervention. In order to provide appropriate assistance to victims of violence, there should be a crisis intervention service that must be designed in a way to include: counseling from a social worker and a psychologist, legal assistance: the preparation of documents, compensation, help with making a claim for compensation, assistance in criminal proceedings, consultations with other specialists, as necessary (interpreter, physician, social rehabilitator), the provision of a safe asylum, if necessary, the purchase of basic necessities (food, hygiene products, medicine), help with covering the costs of requesting, translating and restoring documents, and ensuring that the victim is granted full anonymity throughout the process of such assistance.

Providing a safe asylum: A network of anonymous apartments which are suitable for elderly women.

The protection of data: To organize the provision of the state rehabilitation program services in such a way that the personal data of every client is encrypted, when it is being transferred from institution to institution. 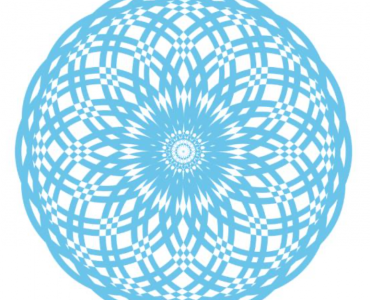 Training course Peace with me in Romania!

Mind The Gap: Report About The Needs, Support and Integration of Women Third Country Nationals, Victims of Human Trafficking For The Purpose of Sexual Exploitation

Within the framework of the World Day Against Trafficking in Persons, the #COALESCE partnership, in which we partake in, presents the Mind the Gap Reports ! These reports are a needs analysis for the integration of female migrant victims of trafficking for sexual exploitation in 6 different countries: Cyprus, Germany, Ireland, Italy,...

2021. gada 30. jūlijs Read more
Get involved by becoming a friend of MARTAs, a donor, giving your time and volunteering, and supporting the campaigns, values and ideals of MARTAs!
Get involved